Tonight I had wanted to go climbing at the quarry, especially as I came home to a box containing my first bits of gear (it’s a slippery slope….).  However, my climbing buddy had other commitments and it was just not to be.  I came home and spent about an hour wriggling around the house like I had ants in my pants trying to think of a way to ‘do something’ before remembering that it was Thursday and that KKC would be having a paddle.

At the carpark, after the usual debate, one of the newer paddlers said that they had never been to the Gloup and given the WNW wind and lack of swell, it seemed rude not to take her there.  The Gloup from Sandside is no distance at all, but it is one of our ‘must see’ attractions and with a nights now drawing in as they are, it was an ideal choice. 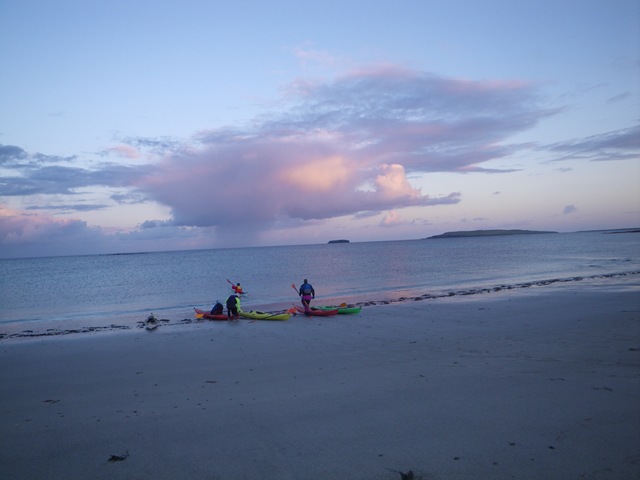 Setting off from Sandside as dusk fell

We did not mean to go on a dusk/night paddle but by the time we were organised and on the water (OK, by the time the Keeper of Voles was on the water…) it was almost sunset.  The wind had dropped away and there was a chill in the air.  As we set off, the moon was obvious in the sky. 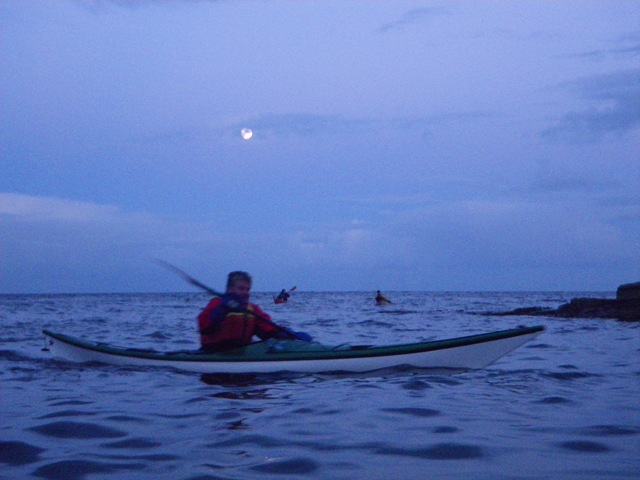 Colin paddles under the moon

Soon we had reached the Gloup and made our way under the waterfall into the cave behind.  I tried to use the sneaky escape route but the tide seemed too high.  I once had a scary experience in there, I do not wish to repeat it! 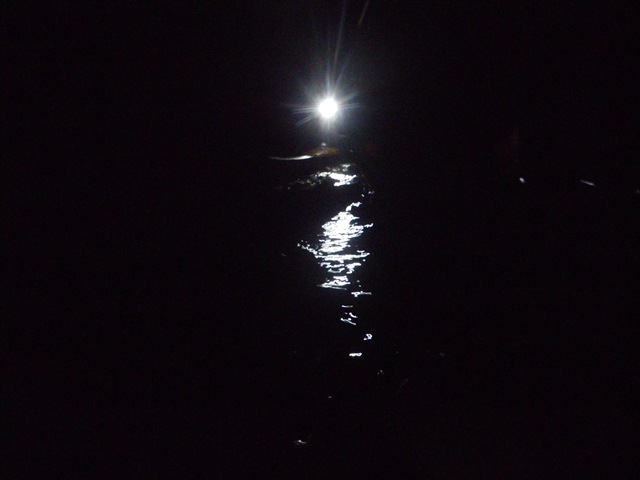 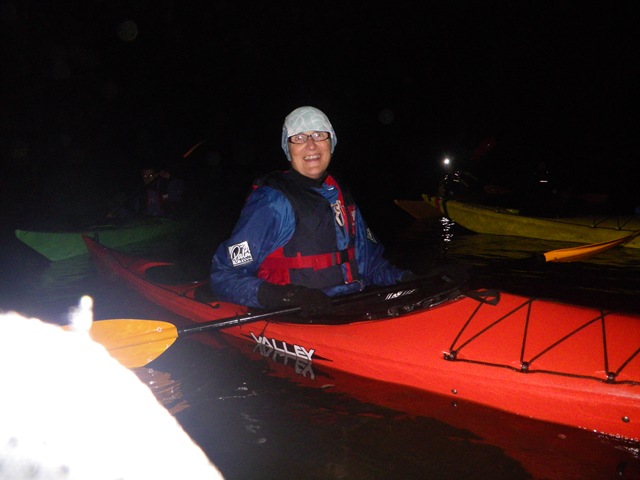 After the Gloup, we decided to carry on a bit further to the Brough of Deerness.  There is a cave in the geo that for some reason I had never been in, it turned out to be massive! 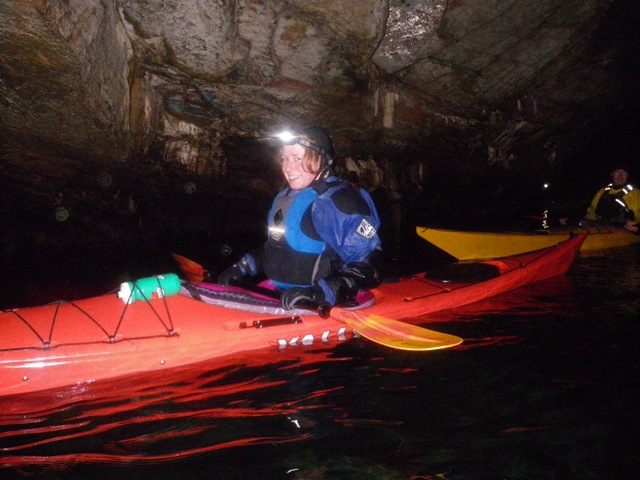 It was gone 9pm when we left the cave and darkness had fallen.  Our path was illuminated by the moon but it was still hard to see where everyone was or where we were going!  Things seem bigger and scarier when you can’t see them…. 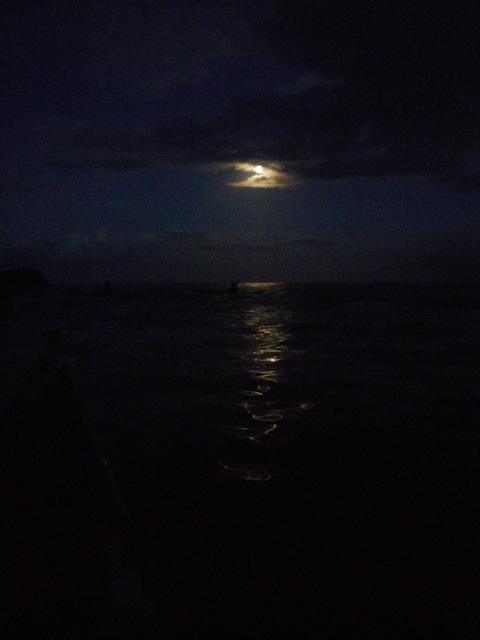 Paddling under the moon

As we approached the beach at Sandside, it was hard to know what to head for until bits of car started to reflect our torch lights.  The bay was flat calm and the wind had dropped away and the moon on the water was just lovely.  We stood for quite a while once we had landed just enjoying being there and watching the moon and the clouds pass by. 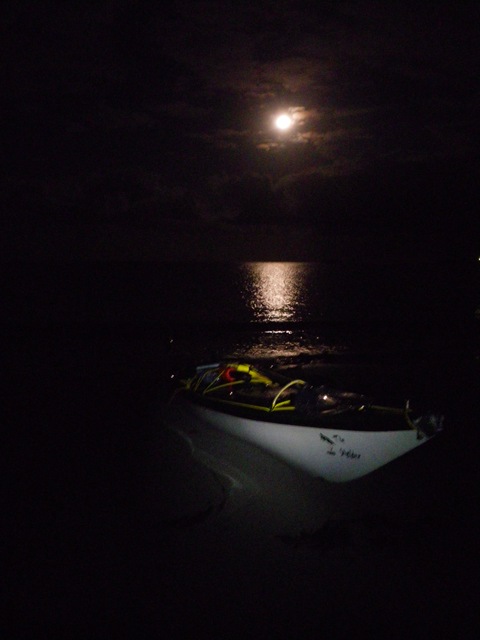 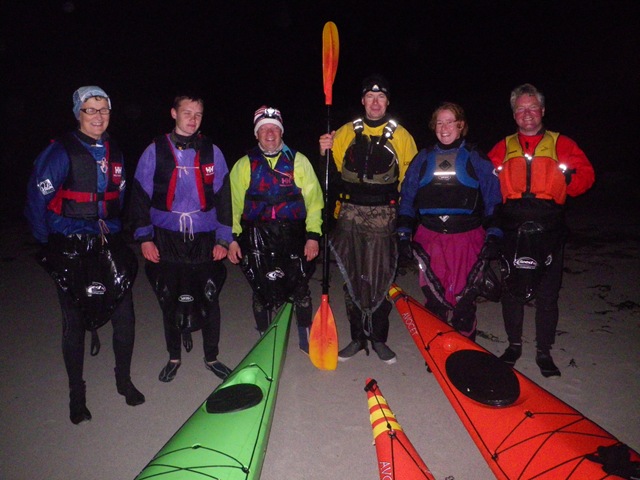 Maybe missing climbing wasn’t such a bad thing after all….